Skip to content
You are here: Home / Blog / Articles / Lifestyle / What Babies Eat Around The World

When it comes to making baby food, it’s easy to get stuck in a rut: peas and chicken tonight, avocado and tuna tomorrow, turkey meatballs the next day, repeat. While you don’t have to ditch those tried and true favorites, you can add a bit of variety by taking culinary inspiration from these popular baby food dishes served around the world.

Steamed, deboned fish is abundant in China, and this healthful protein-packed meat is often prepared in a dish called congee. Congee is the rice cereal of the Asian world; it’s a neutral comfort food that can be easily altered with any ingredients you have on hand. In China, congee is often made with bamboo shoots or tofu in addition to steamed fish. Rice doesn’t grow as well in the climate of Northern China, so families in northern cities substitute rice with other ancient grains like millet.

…and moms eat it too! Miyeokguk, or seaweed soup, has been a postpartum tradition since the eighth century. Babies seem to love the taste and texture of seaweed, and it’s rich in nutrients like iron, iodine, and fiber. Nori seaweed can be purchased at almost any health food store, and it makes a great occasional snack for your little one. It’s full of omega-3 fatty acids (hello, brain power!), calcium, vitamin B12, and more. Plus, the texture is so fun! It starts out crunchy but dissolves in your baby’s mouth, so it isn’t a choking hazard. 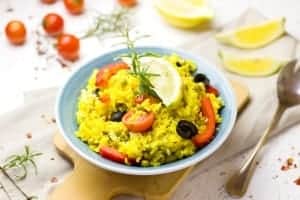 Paella features saffron, one of Spain’s favorite spices, and a host of other tasty and healthy delicacies. Recipes depend on what’s in season, but all are some combination of meat or seafood, rice, and vegetables. Paella is popular because it’s easy to make with whatever you’ve got in the fridge, and you only use one pan to cook it all. Want to make it truly authentic? Add snails!

Okay, so it’s not exactly bologna. But falukorv is a classic Swedish comfort food, and it’s prepared a lot like your average bologna. Typically made of pork or beef mixed with potato starch and basic spices (salt, pepper, onion, etc.), falukorv comes precooked and ready for eating. It can be sliced like a deli meat, fried, or baked with a tasty cheesy topping every baby will love. Falukorv makes a great addition to mashed potatoes, macaroni and cheese, baked beans, or as a bacon replacement at breakfast. Like most sausage, it’s high in fat and not exactly the healthiest choice, so save it for a treat or snack time. 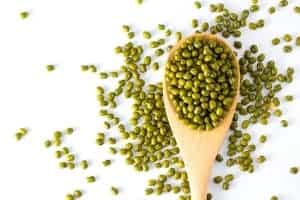 What, exactly, is a mung bean? Like other beans, these legumes are high in protein and fiber. Stateside, mung beans are most commonly found in their sprouted form, especially as a salad topper. In India, mung beans are known as moong daland are staples in several recipes for both adults and babies. Mung beans have a flexible flavor and will take on the taste of whatever you choose to cook them with. Plus, they cook much faster than other beans, so they’re a wonderful last-minute vegetarian meal. Rachel Ray suggests a porridge of mung beans, coconut milk, and ginger. Sounds delish!

Achiote is a spice blend of annatto seed, oregano, garlic, cinnamon, nutmeg, and vinegar. Sound intriguing? Your baby will think so, too! Achiote adds depth and interest to your daily staples. Try rubbing it on grilled chicken or stirring it into the water you use to cook rice. Achiote is like a superspice – it’s a blend of several antioxidant-rich and anti-inflammatory spices. Smoky but not spicy, this underused flavor will punch up your meal and impress your baby’s palate. 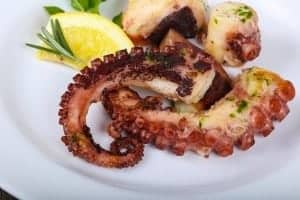 Octopus isn’t something most adultswould consider eating, but it’s a common dish for people of all ages in Japan. This delicacy is frequently served in dumpling form as either takoyakior akashiyaki. These little balls of yummy are fluffy and light – akashiyakiis typically made with egg, while takoyaki is made with flour. Either makes a great finger food for your toddler!