You are here: Home / Resource Center / Articles / Wellness / The 411 on Fifth Disease

You may be wondering what is Fifth disease and why it is named a number – you’re not alone! When we first heard about this disease, we were wondering the same thing. Here’s the scoop: Fifth disease is a viral infection that leaves red rash marks on the arms, legs, and cheeks. For giggles, it’s also referred to as ‘slapped cheek disease’. So why is it called ‘Fifth’? Turns out, it got its name because it was fifth on a list of illnesses that caused rashes in children in the past (didn’t see that one coming!)

The cause? Parvovirus B19, a virus spread through saliva and mucus (yuck!). It’s fairly common (mostly in the winter, spring, and early summer) in most children, but can be more severe for pregnant women or anyone with a weakened immune system (so don’t skip your Vitamin C!) Fortunately, most adults have antibodies built up from exposure during childhood that prevent them from contracting the disease.

Showing up roughly 4-14 days after contact, symptoms include headache, fatigue, fever, and/or a sore throat. Once you contract the rash, you are not contagious anymore. Sadly, there is no vaccine, however, good hygiene habits will go a long way! About half of the population gets the disease during childhood, but once you’ve had it you will most likely never get it again.

The bright side? The disease is mild in most cases and goes away without treatment. So, let’s raise a bottle (of milk, of course!) for our bodies being strong enough to fight this one all by itself!

Do you know what Couvade Syndrome is? 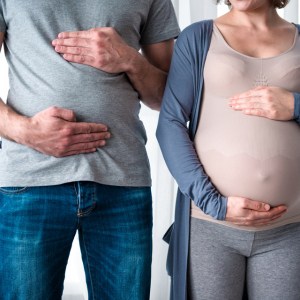 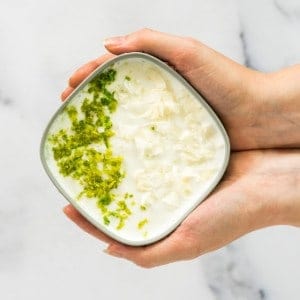 Put the Lime in the Coconut Yogurt
Scroll to top