You are here: Home / Resource Center / Articles / Lifestyle / Starting Solids Around The World

Afraid your little one’s tummy is going to start rumbling like those summertime thunderstorms soon? As a new mom, you may be wondering when to start integrating solids. You can imagine viewpoints differ country to country, and even within a single country opinions vary drastically. Here are some of the most interesting ones we’ve found!

They’ve got the “MOOOS” like jagger! According to a study, 68% of infants in these Central European countries drink cow’s milk on a daily basis before 6 months of age. The exclusive breastfeeding rate is typically low. The introduction of solids is common within the first 2 months of life, something that is uncommon in most other cultures. A majority of infants are weaned with biscuits (& no, not your Southern brunch kind of biscuits!), though fruit and vegetables are also used.

Let’s talk about okuizome for a minute. Oku-what? Say it with us… o-kui-zoo-me! After a baby is 100 days old, this tradition entails an array of fresh food prepared by the mother-in-law including fish, sticky rice, and vegetables. Besides enjoying the food, an ishi or “stone” is bitten to ensure the growth of strong and healthy teeth. The ritual is meant to bring the food abundance in hopes that the child will never go hungry for the rest of their life. Oddly enough, most of the time their little one will not have started solids yet! At around 5 months of age, okayu or baby rice porridge is introduced. Japan also introduces a variety of flavors to their little ones early on. You know what they say, “variety is the spice of life!”

In India it’s expected for mothers to exclusively feed and weaning typically begins at 6 months. A baby’s first foods are rice, dahl (pureed lentils), and vegetables. For those that are Hindu, a special first foods ceremony called annaprashan goes DIZ-OWN. Their little one is dressed in a fancy-shmancy outfit, is blessed by a priest, and then…you guessed it! They take their first bite! Usually, the first taste test is rice pudding. Afterwards, the infant picks up a symbolic object from a tray that will shed light on their fortunes.

It’s safe to say momma’s milk hits ALL the right spots! In Bangladesh it’s oh-so-normal to breastfeed well over 2 years. In fact, reports say 30% of children aged 6-9 months have not received any solid or semi-solid foods yet. The most common solid to start out with is khichuri (rice cooked with lentils.) In some Bangladeshi cultures, starting solids is celebrated via giving a baby 6 rice grains to mark the occasion of turning 6 months old.

“LEFT FOOT, RIGHT FOOT YOU CAN DOOO IT!” Better start practicing one foot in front of the other because in some African cultures, it’s believed that a child should be able to walk before weaning is even attempted. In addition to breastfeeding for up to a year, babies are frequently given tea…guess you could say “tea” amo! Most little ones start on solids at the ripe age of 3-4 months. In Nigeria a baby’s first food is often akamu (maize, millet, and guinea corn mixture.) Later on, starchy vegetables are introduced with protein rich sauces that include fish and haricot beans.

If breastfeeding was a person, you could say Mongolia would be their B-F-F! Mothers are encouraged to breastfeed for as long as they can, with reports that over 50% of children are breastfed past two years old. It is such a norm here, that you will often see women breastfeeding their children in public without a cover up (aka “freeing the nipple!”) Jarred baby food is not available, thus infants are fed smaller portions of what the rest of the family is eating.

GOT MILK? Middle Eastern countries that follow the Muslim religion consider it a mother’s duty to breastfeed for as long as possible. In fact, infant formula is only available by prescription and 57% of babies are breastfed past one year. Many Muslim families practice the Sunnah of “tahneek.” This is where a softened date is rubbed on the baby’s palate before the first feed so that they will enter a sweet world. If a date isn’t around, do NOT fret, for anything sweet will do the trick!

Leeeet breastfeeding reign! The American Academy of Pediatrics suggests breastfeeding for at least 6 months. In addition, when introducing solids, it doesn’t necessarily need to be in any specific order. What’s that- did someone say “rice” to meet you? Most parents use rice cereal for their little ones first date with solids, however, providing only infant rice cereal is not recommended by the Food and Drug Administration. Instead, offer a variety of grains such as oat, barley, and multigrain. It’s okay to go against the “grain” on this one!

Baguettes and brie? Ooh la la! The French may not necessarily start their little ones on a diet of exclusively bread and cheese, but they definitely keep things tasty! According to a report, under a quarter of newborns are breastfed past 6 months of age. First foods include things such as leek soup, endive, spinach, and beets. French parents enjoy exposing their little ones to a wide variety of flavors and textures early on, establishing a diverse food palette for later on. French babies be like… “Is it time for foie gras yet?!” 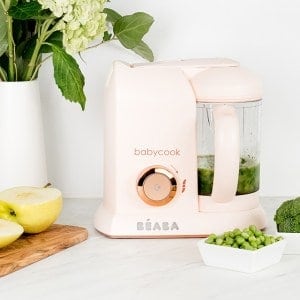 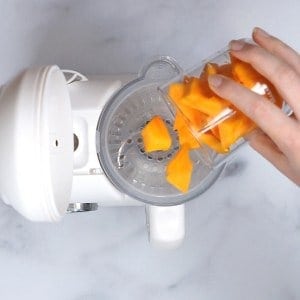