As a parent, I understand the importance of teaching my children good habits that can help them gain independence: sleeping on their own, using the bathroom, or feeding themselves is really important and necessary. The notion of potty training can feel overwhelming, especially since the experience will vary from child to child. That’s why you can’t think of it as “training” or that there are a precise set of rules on how to do something as milestone-oriented as using the bathroom. With that, I present how to not potty train! Just some advice from a mom who had an epic journey from Huggies to Hallelujah!

Just because other children the same age as your child are not using diapers anymore does not mean your child will necessarily be ready to do so at that same age. Every child develops at his or her own pace, and there is no set deadline for your child to be considered “ready.” There were three year olds in my four year old’s class wearing underwear, and I was still packing diapers for the school cubby– and that’s OK! Once I realized not to compare my child’s development to others’, I had the freedom to help him through the process at his own pace.

Roll with the Surprises

My son pooped in the potty when he was around 3 years old, and I made a huge deal about it. I cheered, called his grandparents, and even made him cupcakes! (I know, I know…) But he cried! He bugged out when he saw his poop, and it scared him. He then refused to sit on the toilet for 6+ months. I was surprised he had this reaction when I was so happy for his progress. Roll with the unexpected and that your child might not have the same response to his development as you will.

Did You Bribe Him?

Most people think that an incentivizing reward system is the way to go. My son had access to iPads, M&Ms, stickers, any potty he wanted, and he was still not having it. When your child isn’t ready to use the bathroom, there’s not much in the way of bribing that you can do. Making it an experience they look forward to is tough, but stay patient and don’t rely on bribes to get them on the toilet.

Remember, what might work for one child doesn’t necessarily mean it will work wonders for your child. You might hear that the “diaper off for three days” method, or the potty watch, or seeing their friends at school do it will help, and maybe it will! But nothing is foolproof.

Whatever you do, don’t obsess if your child takes a while to master the potty. My child was about to turn 4, and I thought everyone was judging me because he was still in diapers. That’s when my pediatrician reassured me that, “It will happen. I promise.” My child sensed my anxiety about the prolonged process, and that trickled down onto him, likely delaying him. My good friend also made me feel better when she said, “Diapers are so easy– who wants to constantly search for a bathroom anyways?”

It only happens when your child is ready. Everyone says this (including my wonderful pediatrician!), and you just have to believe. In our case, my son began using the toilet about one week before his 4th birthday. When he started to become more consistent with his usage and was willing to give it a shot, I didn’t overreact, bake cupcakes, or alert the neighborhood. I just rolled with it, and ever since then, it’s been pretty much routine. We’ve had plenty of accidents, and it certainly doesn’t mean that “One day he decided to do it and it was all done!” It’s a day-to-day process, and is far from perfect, but I know my son is capable, and that’s good enough for me!

What have some of your experiences been like tackling the “potty training” phase with your child? 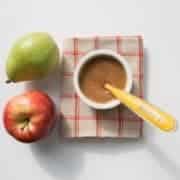 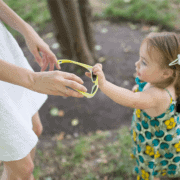 It’s All about the Shades 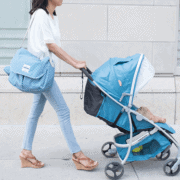 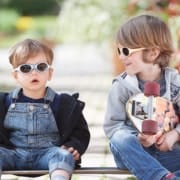 How to Deal with Sibling Rivalry from the Start 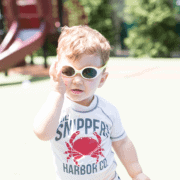 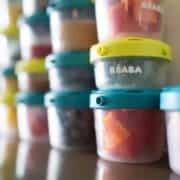 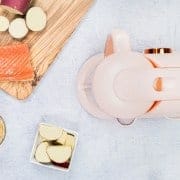 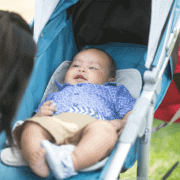 The Chase For Mommy Zen
0 replies