Every culture has different parenting methods, many of which we love! As a French company, we’d like to share some of the French parenting tips we’ve found to be the most helpful. Stay tuned for even more tips from other cultures!

France has one of the highest life expectancies in the world (81.19 years) so it is no surprise that French children are famously healthy eaters. From the time they begin solids, French babies are fed puréed versions of what their parents are eating, which not only trains the palate but also makes French parents’ lives just a little easier. So, what about French fries? While they may be the most consumed ‘vegetable’ for American babies, French toddlers are munching on baked endive and scallop ceviche. We think it’s fair to say that we could take a page out of their cookbook!

The French also view mealtime as a pleasurable social event for families to come together. Early on, French babies learn to savor different textures and flavors, and to be mindful while eating. It’s the norm for families to sit down at a table for a three-course meal (albeit one with smaller portions), and children are expected to remain seated for the entire meal (without any technology in sight!).

While most schools in America have one recess, it’s not uncommon for French schools to have up to three (yes, three!) recesses. Even younger children are expected to go to school for about 8 hours a day, but those 8 hours are punctuated with breaks mostly spent outdoors. At first this may seem excessive, but it allows developing brains to recharge.

French workers typically have (on average) 30 days of paid vacation time and their work week consists of 35 hours on average. Therefore, they’re able to spend more time with family. While we may not have this luxury in the United States, we can still take time to enjoy the time we do have off by exploring your own backyard, going to the park, or simply visiting extended family.

The French watch nearly 20% less tv than American families do, but how do French parents keep children entertained while they’re busy? The answer is simple…French parents let their children choose how to entertain themselves. Children are experts at making toys out of everything from kitchen utensils to cardboard boxes, so why not allow their imaginations to run wild? Before you know it, your little one will learn to appreciate their ‘quiet time’.

How to Break the Binky Habit 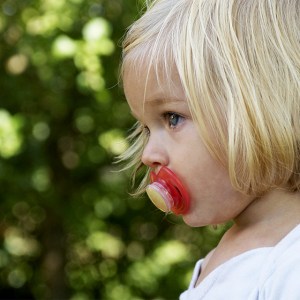 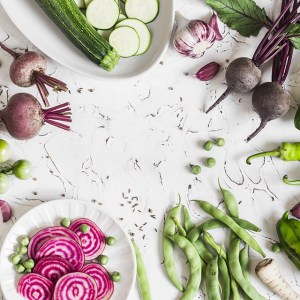 Introducing Meatless Meals to Your Family
Scroll to top