You are here: Home / Resource Center / Blog / Introducing Meatless Meals to Your Family

Are you ready for Meatless Mondays? You don’t have to go totally vegetarian to reap some of the rewards of the vegetarian lifestyle. Instead, go the flexitarian route and swap out a few of those meaty staples for some plant-based alternatives. Research has proven that diets rich in minimally processed plants promote a wide range of health benefits and can improve your body’s disease-fighting abilities. Flexitarians weigh less than full-time carnivores and are 20% less likely to get diabetes. But how can you encourage your meat-hungry family to hit up the salad bar rather than the steakhouse?

Don’t tell anyone you’re adding a few vegetarian meals to the rotation. Don’t even tell them you’ve read this article! Instead of chicken parmesan, make eggplant parmesan one evening. If you ceremoniously place your dish on the table and announce to everyone that you will not be eating meat tonight, you’re guaranteed to hear a chorus of groans. If you act like it’s no big deal, it won’t be a big deal!

Don’t try to recreate a meal where meat is the star of the show. Instead, whip up something complex and simply omit the meat. Tacos are a great place to start, and everyone loves a taco bar. Set up stations with tomatoes, cheese, black beans, refried beans, and the rest of your family’s favorite taco toppings. They’ll be so busy creating the ultimate taco that they won’t even notice that there isn’t any meat. Chili is another meal that’s got so many ingredients, the meat won’t be missed.

We’re not suggesting a Thanksgiving tofurkey, but you can find meatless substitutes that still have the savory taste of the carnivorous classics. Swap your chicken salad for chickpea salad. Mushrooms, oats, and breadcrumbs make the perfect meatless meatball. There are plenty of vegetables out there that will give you the umami flavor you’re craving. Mushrooms, jackfruit, eggplant, lentils…a whole culinary world awaits!

You don’t need to rid your fridge of any trace of meat, and you probably shouldn’t blow your grocery budget on tempeh and tofu. Don’t go overboard right away. Add one or two meatless meals to your repertoire each month. Ditch what you don’t like and put what you love in the dinner rotation. Coming up with and preparing a new dish is time-consuming (not to mention exhausting!), so don’t throw away those easy-bake chicken fingers just yet.

Our Favorite French Tips For Families 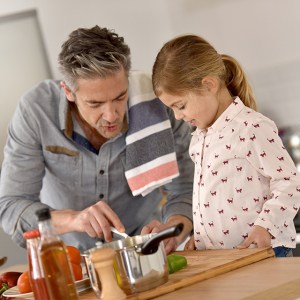 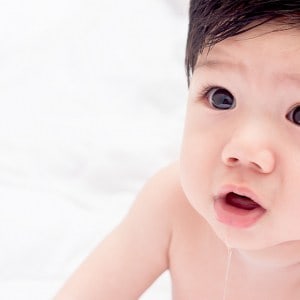 How Much Spit-Up Is Too Much?
Scroll to top