Have you ever felt like you’re going “coo coo for cocoa puffs?” Turns out some everyday (and not so everyday) foods can have unexpected effects on you or your little one. Not to worry, consuming these foods are not dangerous by any means, but you may notice they make you feel a thing or two. Read on to see what foods in your diet may be affecting you in ways you’ve never known! 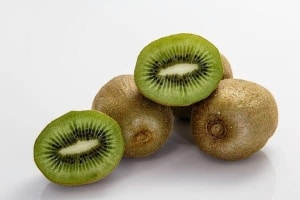 Also known as Chinese gooseberries, this fruit quite figuratively (& almost literally) can hold the “K (EY) WI” to a great sleep! Kiwi’s main component, serotonin, , has been proved to control several aspects of sleep. Studies have shown that eating kiwi once a day improves sleep quality over time. More than just a sweet snack, kiwi is a source of several vitamins including: vitamins C, A, E, & K. Minerals such as potassium, calcium, magnesium, and phosphorus makes for jam-packed dietary fiber content. Due to its abundance of natural folate, it’s also very beneficial for pregnant women. Kiwi fruit may be small, but it definitely packs a punch full of surprises!

Forget those caffeine driven workouts- beets are all you need to keep going! Beets contain high amounts of nitrates that improve athletic performance. The study also showed to lower blood pressure. Drinking beet juice also increases your ability to take in oxygen. Beets can be eaten raw, roasted, or even puréed.

Try adding these the next time you have a serious workout or even just have to run a marathon (& by marathon we mean that Target run you’ve been pushing off!)

Like Beyoncé once said, “I got hot sauce in my bag,” people all around the world love the spice and savor that hot sauces have to offer. On the flip side, some not-so-yummy side effects include poor sleep patterns after consuming spicy meals. In the study participants spent less time in Stage 2,3, and 4 of sleep. The heat of the spice also elevates your body temperature, which can affect your sleep cycle. So, the next time you’re craving some Tabasco on your burrito, consider making it for lunch instead of for dinner if you want a more seamless slumber! 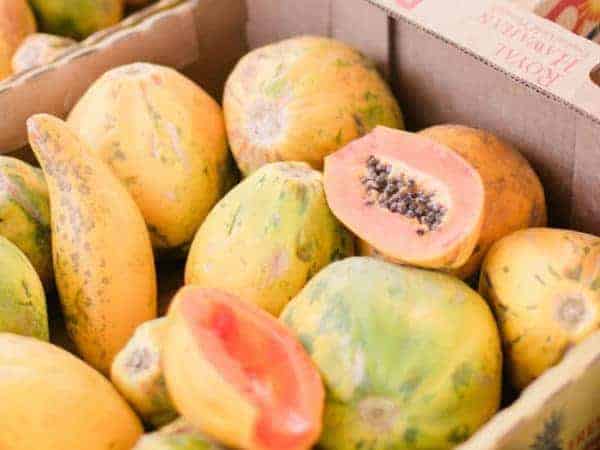 Don’t fret if you or your little one is beginning to look a little TOO similar to an oompah-loompa! If you have an obsession with any yellow, orange, or red-colored food and/or plant-derived foods, we’ve most likely found the answer to all your worries. All of these plants contain beta-carotene, which is an essential micronutrient that aids in optimum vision. While the effects these foods have on your vision may be positive, this micronutrient can tint ones skin if consumed in large amounts. Not to worry though, this condition isn’t dangerous and disappears soon after you put the pumpkin pie down!

A pinch of spice makes everything nice? Nutmeg is the perfect topper to any holiday dessert or drink. However, there’s a dark side to the cheery wintertime spice that might surprise you! Myristicin, a natural compound in nutmeg, has been linked to creating mind-altering effects. If consumed in large amounts (more than 20g), the mind could be sent on a “high” that lasts for two days. Hallucinations reported include visual, auditory, and sensory changes. Other side effects include things such as nausea and vomiting, so make sure to use a light hand when putting on the finishing touches to your hot cocoa this winter (only kidding!). 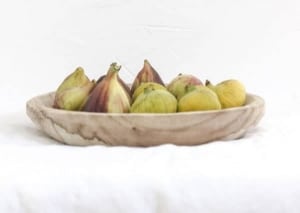 Are there days where you feel the sun is doing the absolute most? Can’t find sunglasses protective enough? We’ve got it all “FIG”ured out! Figs chemically change your skin and the way it reacts to sunlight. The effects of eating figs reduce your body’s ability to fight off the sun’s rays, resulting higher sunlight sensitivity. Figs can be eaten in many different ways including: cookies, appetizers, and (you guessed it!) purees. Just make sure to wear extra sunscreen the next time you plan on going for a picnic with figs on the menu!

Magical fruit: the more you eat the sweeter the meat?! These small red “miracle berries” taste like a less flavorful, more bitter cranberries. They contain miraculin, an active protein that makes things taste sweet. When held in the mouth, the protein binds itself to taste buds on the tongue and temporarily makes sweet receptors identify acids as sugars. For example, if you were to consume a lemon, the berries would block your sour receptors from firing- and alas, you’ll taste a sweet lemon! They can be consumed fresh or in tablet form. Depending on how many you consume, this feeling will last for about an hour. They have become popular in Japan, where diabetics and low sugar diets are common. In Tokyo you’ll find the worlds only Miracle Fruits Café. Though they are hard to come by at regular grocery stores in the US, plenty of online retailers deliver these magical berries right to your doorstep!

“Words cannot ESPRESSO how much you mean to me!” shouts the astounding 90% of American population that drinks coffee at least once a day. Besides turning you into an energizer bunny, this common beverage has other side effects you wouldn’t normally think of. Research has shown those who consume 3 cups of brewed coffee a day are three times more likely to hallucinate. Caffeine affects the central nervous system by temporarily restoring alertness….and in turn, awareness for auditory sound increases, especially when consumed by someone who’s highly stressed. “You mocha me crazy!” has never felt more real ;).

Many women (especially during pregnancy) will experience cellulite in their lifetime. The most common known trick to getting rick of cellulite is bio-oils, however, research shows that cellulite can also be combated via bone broth. Nutrients such as essential fatty acids and glucosamine help repair damaged connective tissue. Bone broth also contains a ton of collagen, which helps maintain your skins elasticity and texture. It can be consumed in several different ways depending on your taste buds. “BONE” appetite!

Spirulina is a species of sea algae (sadly, you won’t turn into a mermaid) that improves immune system, helps digestion, and even hones cancer-fighting properties. Coined “miracle from the sea,” spirulina is consumed via powder or tablets. When consumed it can actually help heal your wounds. This is because it’s filled with chlorophyll, which is a nutrient that helps grow and repair tissue. Next time your little one (or yourself!) has a boo-boo, try integrating some spirulina into their purees or smoothies for a speedy recovery!